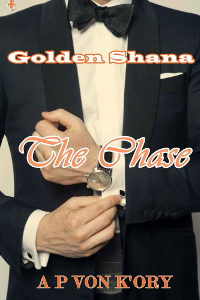 An evening at the opera house La Scala in Milan twirled the lives of five people into a web of intrigues, heartaches, human hunts, loss and revenge.

Roman: I never chased after a woman. It was always the other way around. Then I caught a glimpse of the woman I would kneel for, at the opera, and I didn’t even know her name. But I determined to find her if it took me the rest of my life.

Shana: He stood in the room with her. The frisson in the currents freaking between them was as solid as a steel portal. The mutual force of predator and prey blasted its way into her core … her soul … Danger. Keep far away from him.

Marie: Some men were born to rule the world; others were born to ruin it. Roman Alastair Northcott Broughton Castell was born to do both. But she loved him and awaited his baby.

Alyssa: He was the lover she wouldn’t tire of. Roman had something so damned perilous about him he was addictive. Who gets addicted to safe and riskless? Not her.

Grieg/Phoenix: Had His Girl interpreted that Friday night as abuse? He’d only done what she wanted – protection of her cherished virginity. 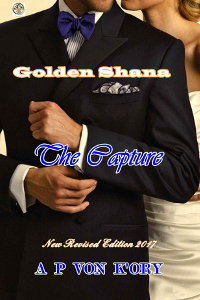 Roman: I wanted to eat all of her. Even within that fortress I longed to erect around her to hold her captive in, to keep her away from men not worthy of the sight of her, I’d devour her.

Shana: Roman was deadly sex. She had no antigenic for immunity against him. Instead she lay there on his bed, in an impossible state of sluttish disarray, holding her breath.

Alyssa: She was not going to let Roman treat her like a hole in the air. He started this triangle and she was going to make it equilateral.

Grieg/Phoenix: His philosophy stated that peace was bondage, and war was freedom. His Girl was his territory, and no other man’s. 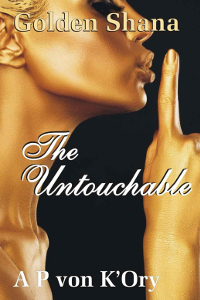 Roman doesn’t even want a harem. But the harem relentlessly seeks him. No sooner has Shana left Roman than Grieg/Phoenix is marking time on Roman’s door, out for a war, not a fight, over Shana. And so is Marie, whose pregnancy Roman still keeps a secret.

Roman: I loved owning women. Then I found my woman. But she would never be owned, not even by the gods. She left me. Still, her dangerous admirer and I began wars over her, not merely street fisticuffs.

Shana: Roman scares me in every way and the fear excites me. I’m brainless in his arms, brainless just from thinking about him. He makes me navigate so many labyrinthine passages and secret doors that I’d never even been aware of before. My body knelt and wept for him. My common sense made me flee from him while I could.

Marie: I sold Roman my heart and soul. Only to realise my body had not been consulted, and was therefore out for war.

Alyssa: I really got all that about Roman. The super-ink indelibility of him, the substance of him that stamped his four-figure-euro Ferragamo Oxfords, the supernatural charisma that rocketed him all the way up there with Lucifer. His square would never fit my round. But hope springs eternal, right?

Grieg: “If I have whoever your girl is, why don’t you just come over and take me off her or her off me?” Roman reacted like a man who didn’t care about that damning message. Over the phone, he’d sounded as if he didn’t have a single feather ruffled. Time to start the war.

The tour runs from 14th January – 1st February (weekdays only). I’m looking for fifteen blogs which will host guest blogs.

If you’d like to host, please drop an email to writermarketingservices@gmail.com with:

I’ll be filling these spaces on a first come, first served basis so get in there quickly!

This website uses cookies to improve your experience while you navigate through the website. Out of these, the cookies that are categorized as necessary are stored on your browser as they are essential for the working of basic functionalities of the website. We also use third-party cookies that help us analyze and understand how you use this website. These cookies will be stored in your browser only with your consent. You also have the option to opt-out of these cookies. But opting out of some of these cookies may affect your browsing experience.
Necessary Always Enabled
Necessary cookies are absolutely essential for the website to function properly. This category only includes cookies that ensures basic functionalities and security features of the website. These cookies do not store any personal information.
Non-necessary
Any cookies that may not be particularly necessary for the website to function and is used specifically to collect user personal data via analytics, ads, other embedded contents are termed as non-necessary cookies. It is mandatory to procure user consent prior to running these cookies on your website.
SAVE & ACCEPT