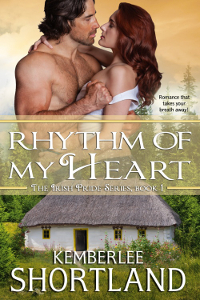 Artist Representative, Eilis Kennedy, gave up a singing career so that other women could have a fair chance at having their music heard. Having suffered rejection from callous men in the industry, she thought she would get away from ‘casting couch’ mentality. But when she finds herself in the office of Fergus Manley, all bets are off. Disgusted by his continual come-ons and lewd invitations, Eilis is looking for ‘the one’ who will take her career to the next level, getting out from under Fergus’s controlling thumb.

Aspiring blues guitarist, Kieran Vaughan, is looking for his big break. But after suffering near bankruptcy at the hands of an unscrupulous business partner, Kieran is left picking up the pieces. He’s unsure if the debts will ever be paid or if he’ll ever have a chance to do something with his music. At his whit’s end, he’s about ready to throw in the towel and find a full-time job with real hours.

When Eilis discovers Kieran playing in a seedy pub in Dublin’s Northside, she knows he’s the one rare talent she’s been searching for. With her know-how and his talent, Eilis will finally get everything she’s been waiting for. Neither of them count on the powerful attraction from first meeting. Eilis is so rocked by Keiran’s forthright words that it sends her running. Kieran risks being arrested as he chases Eilis across Ireland.

Seeing what’s happening between Eilis and Kieran, anger wells inside Fergus and he steps up his pursuit of Eilis. Refusing to let Kieran get in his way, Fergus vows to add Eilis’s notch to his bedpost, whatever it takes.

Will Kieran be able to protect her? 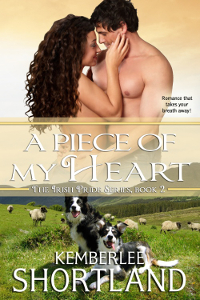 Mick and Kate thought they were falling in love. Kate hadn’t been just the girl next door. She’d been Mick’s life, and he hers. When an unforeseen force draws them apart they’re left with wounds that refuse to heal. Now, ten years on, Mick’s father’s will should have been straightforward, except his addendum was like ice water in Mick’s face.

It’s essential that Mick and Kate work together to save his family’s farm. Mick doesn’t count on his new manager being accused of murder, and Kate doesn’t expect a dangerously seductive woman from Dublin to claim Mick is the father of her child.

Kate thought she was falling in love with Mick all over again; however this newest revelation is too much for her. She is determined to finally say goodbye to her childhood sweetheart forever, but Mick has other plans for Kate’s future. And none of them involve goodbye. 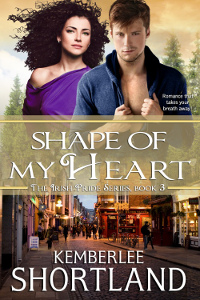 Gráinne has moved back to Dublin to get her life straightened out. She dreams of college and a better life. She’s working for her brother, Kieran, in his newly reopened pub, The Blues Tavern, but the money isn’t enough to support herself and pay tuition. Moonlighting at The Klub! as an exotic dancer seems to be her answer fast money.

John ‘JD’ Desmond is a detective working undercover in the Blues Tavern. The Klub!, owned by Jimmy Malloy, is being used as a drug front, headed by the notorious Taylor Wade. JD had intended to get Gráinne to snitch for him, but when he falls in love with her, things get complicated.

When Gráinne witnesses Jimmy’s murder, she and JD are forced to go on the run until Wade can be apprehended. Wade lives up to his nickname, The Hunter, and JD and Gráinne quickly find themselves at the end of a gun and running for their lives.

The tour runs from 7th – 11th April (weekdays only). I’m looking for five blogs which will host guest blogs or interviews. Review copies will also be available.

If you’d like to host Kemberlee, please drop an email to writermarketingservices@gmail.com with dates that you have available (please check the below list first), as well as the name and URL of your blog/site. Also let me know if you’d like to review. I’ll be filling these spaces on a first come, first served basis so get in there quickly!

This website uses cookies to improve your experience while you navigate through the website. Out of these, the cookies that are categorized as necessary are stored on your browser as they are essential for the working of basic functionalities of the website. We also use third-party cookies that help us analyze and understand how you use this website. These cookies will be stored in your browser only with your consent. You also have the option to opt-out of these cookies. But opting out of some of these cookies may affect your browsing experience.
Necessary Always Enabled

Any cookies that may not be particularly necessary for the website to function and is used specifically to collect user personal data via analytics, ads, other embedded contents are termed as non-necessary cookies. It is mandatory to procure user consent prior to running these cookies on your website.